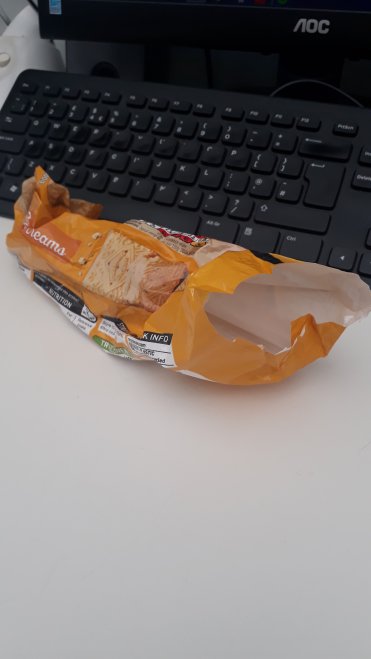 I miss The Outside. With its freedom and freshness. I am resigned to my daily hamster-wheel jaunts round the block – I don’t want to be the person who single-handedly prolongs lockdown. And besides, I’ve always been rather parital to a bit of Dunkirk spirit. It’s a fine thing, a fine thing to have as a fundament to our society. Everyone pulling together for a greater good. But I do miss The Real, Proper Outside. The expanse of it, where I can roll back my shoulders and unfurl my wings. I know I will greet it again and, like an old childhood friend, we will pick up where we left off. But I do miss it.

For now, I am forming a new Indoor Life. My Computer Science undergraduate daughter scoured the ethernet seas for hours for me, trying to find technology that will cause me as little pain as possible, as I use it to work from home. The enforced use of huge amounts of technlogy always causes me pain. It took her hours, as the entire population of the world, it seems, is realising that it needs a webcam. We all thought we could sit at our desks in our over-worn pyjamas, remnants of salt and vinegar Pringles round our mouths, Ken Bruce on in the background, rejoicing that we’re finally getting a proper chance to play PopMaster. But no, we still have to look vaguely presentable, at least from the waist up.

The necessary gizmos and attachments are arriving in dribs and drabs, undergraduate daughter’s face lights up, my shoulders slump. Though I do actually like the XP-Pen, I’m admitting that. It has rather more nibs than I was anticipating.

I’m not completely averse to technology. It turns out that it’s saving me from having to home school. Yesterday, Youngest Off-spring9 couldn’t be bothered to get up from her bed to get her calculator. She simply barked out queries to her Google Mini, who kindly complied. Independent learning, Mother unrequired. And I’ve spoken to my family and friends on the phone, the actual bit where you speak outloud, like in the olden days, phone, more this week than I have in the last 6 months! It’s as if Private Frazer is rrrolling out ‘we’re doomed!’ There’s an urgent need among us to talk to people. To hear their voices. We are not Islands.

But don’t try calling me Saturday night as I’ll be Zoom-ing with my uni friends of decades. Perhaps along with the rest of the modern world: in mid March more than 10 million people joined a zoom meeting every day, and I suspect that’s increased since. But our ‘party’, as we’re of an age, will be a quiz with alcohol. I’m putting together the picture round.

My longing for The Outside has got to a point where I’ve been researching it. Yes. I know. Still. Here’s a few nuggets: The National Trust commissioned a study which showed that children play outside half the amount of time that their parents did when they were children. No surprise there, we all agree. We could have told them that. But…but… 10% of these children hadn’t been in a natural environment, such as a park, forest or beach for at least a year. A year. And that’s like, a very long time. Also, on average children aged between 10 to 16 now only spend 12.6 minutes a day on ‘vigorous’ outdoor activity, compared with 10.4 waking hours of being relatively motionless. Not quite sure what they are doing motionless, but I can only repeat. That’s like, a very long time. Mind, they might do well on the final round of SAS: Who Dares Wins…those stress positions.

Apparently, 120 minutes is the threshold, the shortest length of time we should be outside each week. Less than this and all the protective effects against everything from blood pressure to osteoporosis, from cancer to depression, don’t actually work. A quick bit of maths makes me think the Govenment have read this research too, perhaps why a walk of 20 minutes is suggested during lockdown.

An interesting fact is that even scenes of nature can have a positive effect on us. Just looking at pictures of The Outside will make the part of your brain – the anterior cingulate and the insula – more active. These are areas connected with empathy and altruism. Whereas, if you look at pictures of urban scenes, more blood flows to the amygadala, which processes fear and anxiety. There we go. Just look at The Outside, it makes you a nice person. And I would say there isn’t a maximum quota that the world can have of nice people. Did you see all the anterior cingulate-inducing, North Yorkshire images I’ve quietly inserted?

Are you suddenly feeling all nice and feel like you’d want to give something away? Hopefully. If they’re custard creams, well, you know where to send them.

Soon the world will hit an equilibrium. We’ll move forwards. We’ll gradually upright our creaking bodies, like the evolution of man. We’ll look around and ask, What now? Many things, will be the answer. But The Outside will invite us in. And this time we’ll know what matters.

“Daughter of Eve from the far land of Spare Oom where eternal summer reigns around the bright city of War Drobe, how would it be if you came and had tea with me?”

C. S. Lewis, The Chronicles of Narnia The Lion, the Witch & the Wardrobe

A favourite quote of mine and my daughters. To us, venturing to places new and curious is like going to the Spare Oom.